The shortage of human resources and basic measuring instruments is the main reason for the underdeveloped hydrological monitoring of natural lakes, rivers and reservoirs in Macedonia. Hence, the question arises on the manner in which the legislation on water resources management is implemented and how adequate it is, how effective the policies are and whether the public funds for water protection are properly allocated.

This is shown by the monitoring report conducted by the Centre for Economic Analysis (CEA) on the National Hydrometeorological Service (NHMS), the Public Enterprise for Water Economy “Lisice”, the Zletovica Hydrosystem and the Power Plants of North Macedonia, as part of the “Clear it Up” campaign.

The NHMS and the Zletovica Hydrosystem do not have sufficient human resources to monitor the three natural lakes – Lake Ohrid, Lake Prespa and Lake Dojran, as well as the Knezevo Reservoir. They also do not have qualified staff who can replace retiring employees. The number of employees in the Department of Hydrology at the NHMS is continuously decreasing. At the time of establishment of the Service there were 35 employees in the Department, while today there are only 12.

The number of observers is also decreasing continuously, so out of hundreds of surface water observers, only 60 are currently working, while out of 115 groundwater observers, only 40 are currently working. Due to the low remuneration packages, no new people can be found who will go out on the field, read data and above all will be responsible for the quality and reliability of the data. For example, the Asamati measuring station for measuring the water level of Lake Prespa has not been operating for almost 20 years because there are no observers.

And the Public Enterprise for Water Economy “Lisiche” does not have basic measuring instruments (measuring scale) for gauging the water level in the Lisiche reservoir. 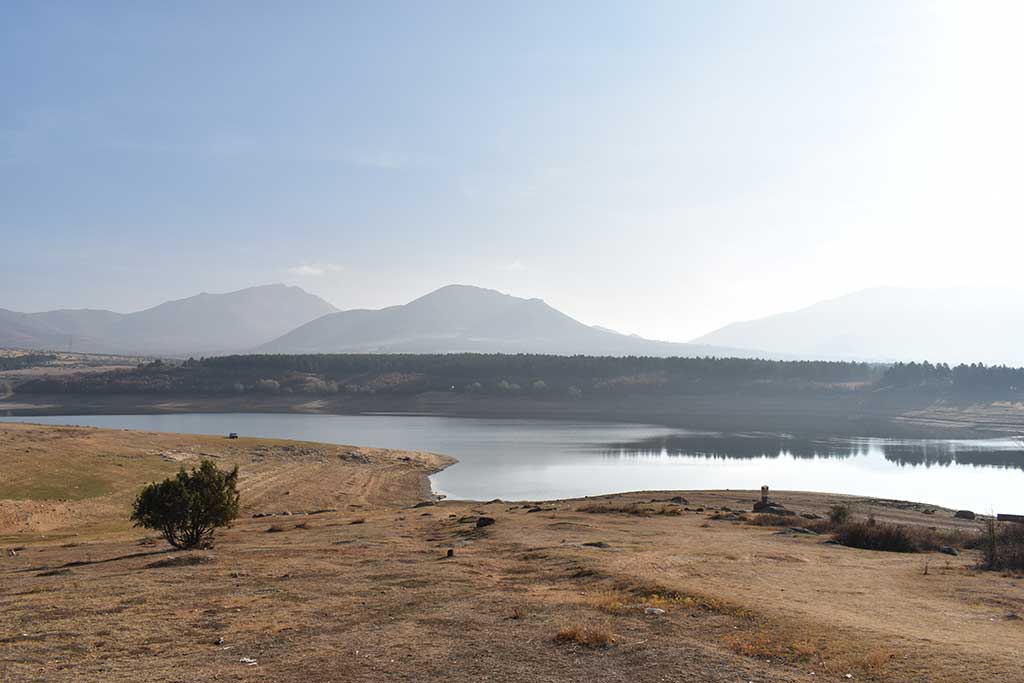 The limited budget available to the NHMS further hinders the process of hydrological monitoring of natural lakes. Automatic stations were usually procured through donations, so the improvement of the hydrological monitoring of surface waters depends on donor funds, which puts sustainability at risk. Another challenge is the establishment of basic measuring instruments for measuring the water level of lakes, which requires deployment of permanent observers.

The report recommends to the Government and the Ministry of Environment and Physical Planning to provide a higher and regular budget for the NHMS and other institutions in the field of hydrological operations, so they may procure new modern measuring equipment and increase human capacity, and for citizens to have free access to data on water levels and water quality in lakes and rivers.

The “Clear it Up” campaign is implemented by the Institute of Communication Studies and is funded by the British Embassy in Skopje.

Download the report on the monitoring of the institutions in the field of hydrological activity HERE.

The policy brief of the condition and the recommendations for more efficient hydrological monitoring and water quality monitoring can be downloaded HERE.