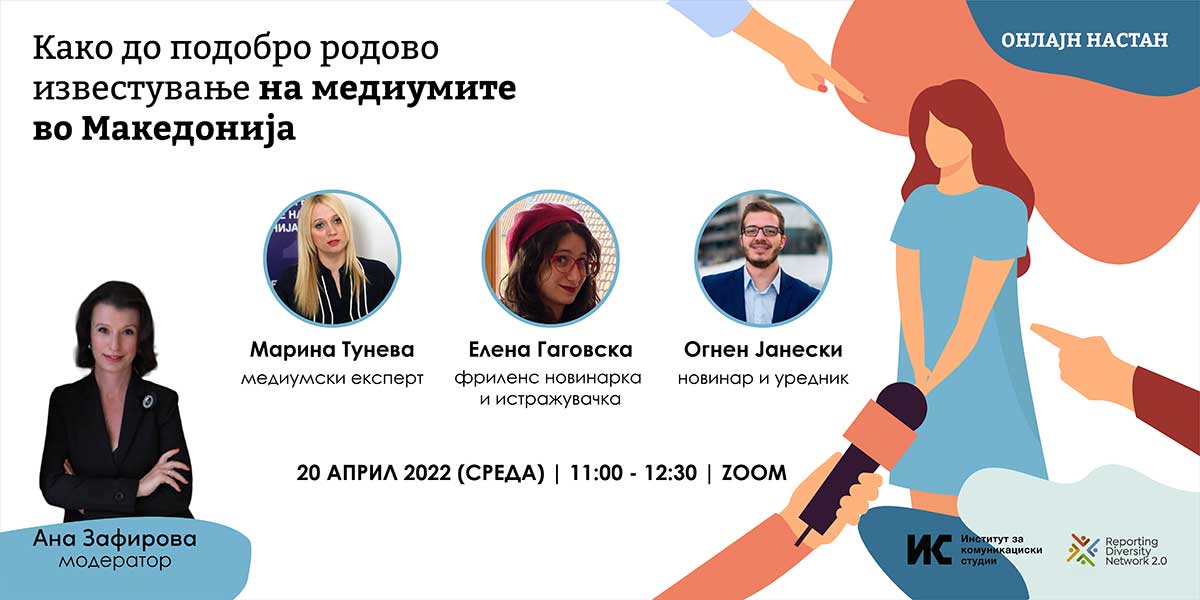 The media in Macedonia should better perform their role as guardians of the public interest, to report objectively and impartially, especially when it comes to gender issues and protection of the rights of marginalized communities.

This was one of the conclusions of the workshop “How to improve gender media coverage in Macedonia” which was held on April 20, 2022, organized by ICS, through the Zoom platform.

As one of the main cases where the media reported unprofessionally, the speakers emphasized the “Public Room” case where the media (especially online media) often contributed to hate narratives directed at persons whose rights were violated by the perpetrators and creators of the “Public Room” group on social networks, where they shared (naked) photos of underage girls without their consent.

The participants agreed that civil society organizations and journalists should cooperate and exchange experiences and knowledge in such situations to contribute to more professional reporting when it comes to the protection of gender rights and the rights of members of marginalized communities.

The workshop was organized within the project “Reporting Diversity Network 2.0” with the financial support of the European Union, Balkan Trust for Democracy, a project of the German Marshall Fund of the United States, and the Norwegian Ministry of Foreign Affairs in Belgrade.