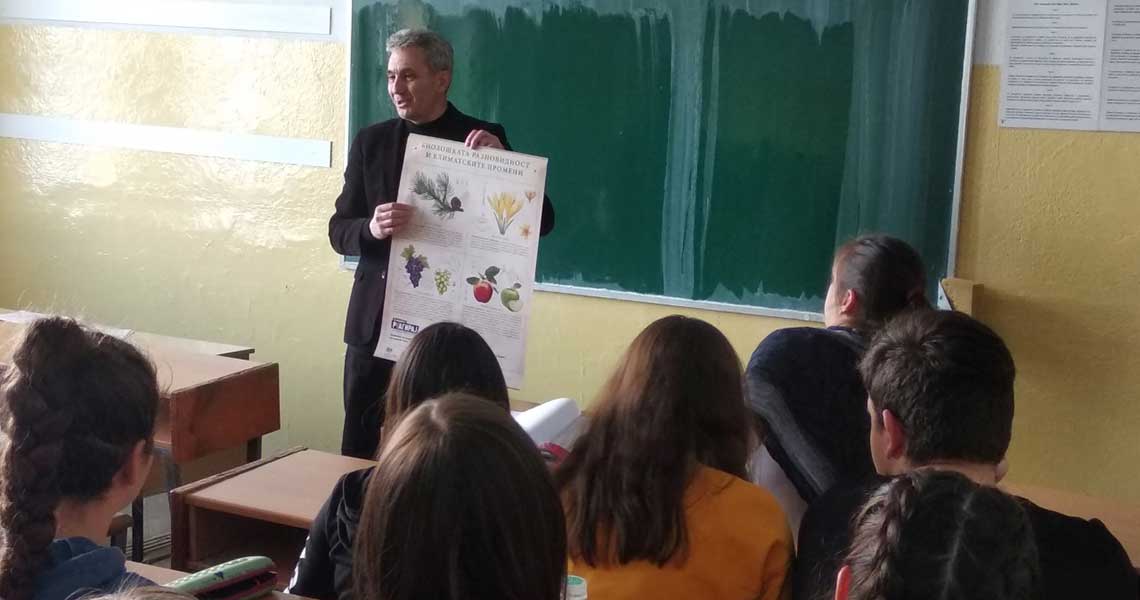 Scientific posters for high schools about the endangered biodiversity in Macedonia

Ninety high schools in Macedonia received scientific posters on the impact of climate change on the country’s biodiversity, which the Institute of Communication Studies (ICS) in collaboration with ZELS developed and distributed as part of the Better Environment campaign “Don’t ignore! React!”

In Macedonia, 224 animal and 58 plant species have been identified that cannot adapt to higher temperatures, more frequent droughts and extreme weather events, the Third National Climate Change Plan of the Ministry of Environment warns. The increase in temperature affects the reproduction and migration of plants and animals, the length of the growing season of crops, as well as the occurrence of diseases and pests. Therefore, in the coming decades, some species of plants and animals and their habitats are expected to move and disappear.

It is estimated that if measures are not taken to improve irrigation, grape yields in Povardarie and Resen apples will be halved by 2050 and reduced by almost 60 percent by 2100. Due to the increase in temperature, by 2050 a large decrease in the prevalence of caviar is predicted – mountain flowers that grow only on Galicica, and by 2100 the dwarf pine on the mountains Jakupica and Shar Mountain may disappear completely. Researchers say that losing biodiversity will accelerate climate change in itself. According to them, the negative effects on biodiversity will be mitigated by more sustainable land use, better management of protected areas and waters, as well as the use of renewable energy sources.

Hence, ICS developed scientific posters in Macedonian and Albanian that clearly illustrate the negative assessments of biodiversity in Macedonia, which are intended as teaching aids for teachers and high school students, primarily in the field of Biology, but also for other environmental activities. schools. The aim of the posters is for high school students, who will decide on state policies in the future, to be educated about the consequences of climate change in the country and to act properly on environmental issues.

The “Don’t Ignore! React!” campaign is realized with the support of the British Embassy Skopje.

See the posters on climate change and biodiversity HERE.